A Whirlwind of Winter Activities 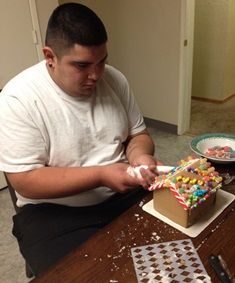 Christmas break provided the girls with time for many fun things to do, including the Monterey Bay Aquarium, carnival rides at Christmas in The Park in downtown San Jose, and lunch out with Addictions Counselor Leslie Dartt.

The day after Christmas the kids had a great time at Homestead Bowling in Cupertino, when one of them broadcast her talent by announcing, “I’m so good at bowling!”

Nickel City in San Jose was their destination on December 27, where they played a wide variety of games, including Rock n' Bowl and air hockey, as well as classic arcade games like Pac-Man and Teenage Mutant Ninja Turtles. One teen was thrilled when she won “the cutest little bear.”

Lunch at Denny’s with Leslie was a special treat that followed a Narcotics Anonymous meeting in Santa Cruz. The group also braved a day on the beach since the weather was unexpectedly nice for December.

On New Year’s Eve the young ladies loved spending the day at the Monterey Bay Aquarium where they expressed their enthusiasm by screaming and clapping their hands with excitement as they were captivated by the jellyfish, octopus, sharks, turtles, starfish and penguins.

The highlight of the day was the exhibit where an ocean wave splashes over a glass tunnel, and the gals kept saying, "I need to show my mom all these pictures."

The aquarium was also an educational experience as the teens learned about the underwater world in the ocean. They touched stingrays and crabs … made dolphin and seal sounds in the children's interactive exhibit ….they loved the sea otters … but all agreed that the giant shark was scary!

But that’s not all … the caring young ladies also reached out to the community by volunteering at Mabie Northside Nursing Facility in Hollister, singing Christmas Carols and bringing joy to the elderly patients. Then on January 2 they began the New Year at All Saints Episcopal Church in Palo Alto, where they helped serve meals to the homeless.

The guys also kept busy during their December break, including going to see Catching Fire at a theater in Morgan Hill, hanging out at the group homes watching Christmas-themed movies, and playing video games.

On Christmas morning the St. John group went to Alan and Ruth Haviland’s home—a longtime Advent Friendship Family—in Morgan Hill for brunch. While eating, they went around the table giving encouragement and affirmation to each other. Following brunch they played games and enjoyed the Jacuzzi, then completed the day by watching A Christmas Story.

That evening the St. John boys went to the Gateway home where counselor Robyn Jones and her parents and sister had prepared a wonderful Christmas dinner for everyone.

Following dinner they played Taboo, which Tai Sherrod, senior counselor, thought was hysterical. “Now I only want to play this game with clients,” she says, “it was that fun! It was really a good day for all the kids.”

The Gateway boys had a quieter day beginning with a special breakfast of eggnog French toast. Robyn even brought in a coffee machine, which was special because the clients are not normally allowed coffee. “They were very grateful,” she chuckled.

After brunch, two kids were eligible to leave for home visits and the other boy’s family came to visit, so all three clients got to see their families on Christmas Day.

New Year’s Day the boys all got together for dinner at Gateway, where one of the guys prepared dinner while wearing a full chef’s outfit! The teens had a good time hanging out and playing video games and pool.

January 2 the group again enjoyed swimming, basketball and weight lifting, then out to the movies. They also went to Pier 39 in San Francisco where they loved Magowan’s Infinite Mirror Maze.

Robyn muses, “I feel like this year the guys’ childlike nature really came out. It was nice to see.”