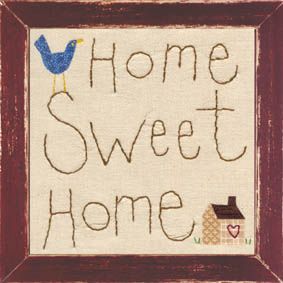 Phi-Phi is a remarkable single mom who arrived at The Refuge on August 24, 2012, longing to be reunited with her two sons. Her kids had been taken from her on September 23, 2011, and she was ready to do whatever was necessary to get them back.

Her son Andrew (now 9) joined her at The Refuge on November 1, 2012, and her younger son, Kenny (now 2) followed two weeks later, and the struggle to rebuild her life began.

Currently, after being a diligent resident at The Refuge for 18 months, it is a bittersweet time for Phi-Phi because her stay is running out and she is busy planning for graduation.

Tammy Greer, director, says, “Graduating means moving on to independence and away from the safe, supportive, loving environment she has known.”

While at The Refuge, Phi-Phi has accomplished many things:

• She reunited with her two boys and for the first time is parenting them by herself.
• She graduated from Family Wellness Court.
• She has worked at Outreach as a driver for 10 months.
• Phi-Phi celebrated two years of sobriety on January 13, 2014.

Women at The Refuge are required to put 30 percent of their income into savings, and Phi-Phi has done this consistently.

The challenge now facing Phi-Phi is to find affordable housing. According to Tammy, she is a hard worker, always willing to work overtime, yet she is financially challenged. This is the same for many single moms in Santa Clara County who have overcome the obstacles that Phi-Phi has faced—drugs and alcohol.

In a detailed report released by the U.S. Department of Housing and Urban
Development, San Jose/Santa Clara County posted the nation's fifth-highest homeless population. It also ranked among the places with the most chronically homeless and homeless children and young adults.

During her addiction, Phi-Phi relied on her children's fathers or their families to provide housing. Now she will be doing it on her own.

When Phi-Phi realized she would be moving she freaked out and was overwhelmed and depressed at the thought. Then through prayer and encouragement, she reframed the situation and realized that she can do it.

She is determined to find affordable housing that will provide a positive living environment—another refuge—for her and her children. Daily she is searching for accommodations and even posted a picture of herself with her boys on Craigslist in an attempt to find a housemate—possibly another single mom. Another criterion in her search is that she wants to keep Andrew in his current school, which limits her options.

Phi-Phi is optimistic about the future. Although looking for a place to live can be daunting, she embraces each day thankful for the second chance she has to live life clean and sober as a loving mom who is providing for her boys.

Tammy reflects, “Phi-Phi is a delight and will be sorely missed. We wish her well!”