Beware of the Latest Deadly Game 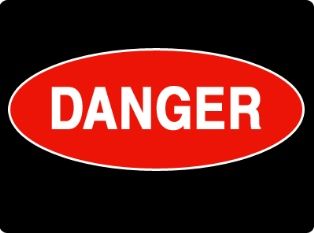 Teens are getting caught up in the latest trend of inhaling alcohol, and doctors warn that it is incredibly dangerous and can be extremely addictive … and it could be deadly.

It’s called “smoking alcohol”—you don’t drink it, you inhale it—and it shoots pure alcohol directly into your brain and provides an instant high.

It is reportedly “binge drinking in an instant,” like doing five or six shots that go directly into your bloodstream.

Experts say that this new game can lure teens in with false promises, like it can help them lose weight or that they can hide their drunkenness from the police and their parents.

Another myth is that smoking alcohol isn’t illegal because you’re not actually drinking it. Not true! Alcohol is illegal for anyone under 21, no matter how it’s consumed.

Kids are watching this deadly game on YouTube, where teens put a small amount of vodka, beer or whiskey into a plastic bottle, pump it with air, and suck in the potent fumes. They say that within seconds they are drunk.

The normal sensation when you drink and your body is getting more alcohol than it can handle is to vomit—it’s the body’s way of expelling alcohol. But when alcohol is inhaled the brain has no way of expelling it, explained one expert.

A British report states that the new method is referred to in the United Kingdom as AWOL (Alcohol With Out Liquid) and has been billed as the “ultimate party toy.” The potent combination of oxygen and alcohol creates a feeling of well-being that intensifies the longer the vapor is inhaled.

This is so new that there are no hard numbers yet on how many kids have ended up in the hospital from smoking alcohol. But doctors say it may be hard to tell when someone is sick from drinking alcohol or smoking it, as blood tests don’t distinguish between the two methods. However, ER doctors have been alerted and are now on the lookout for this latest poisonous game.

Parents and those working with kids also need to be aware of this potential deadly threat to teens.